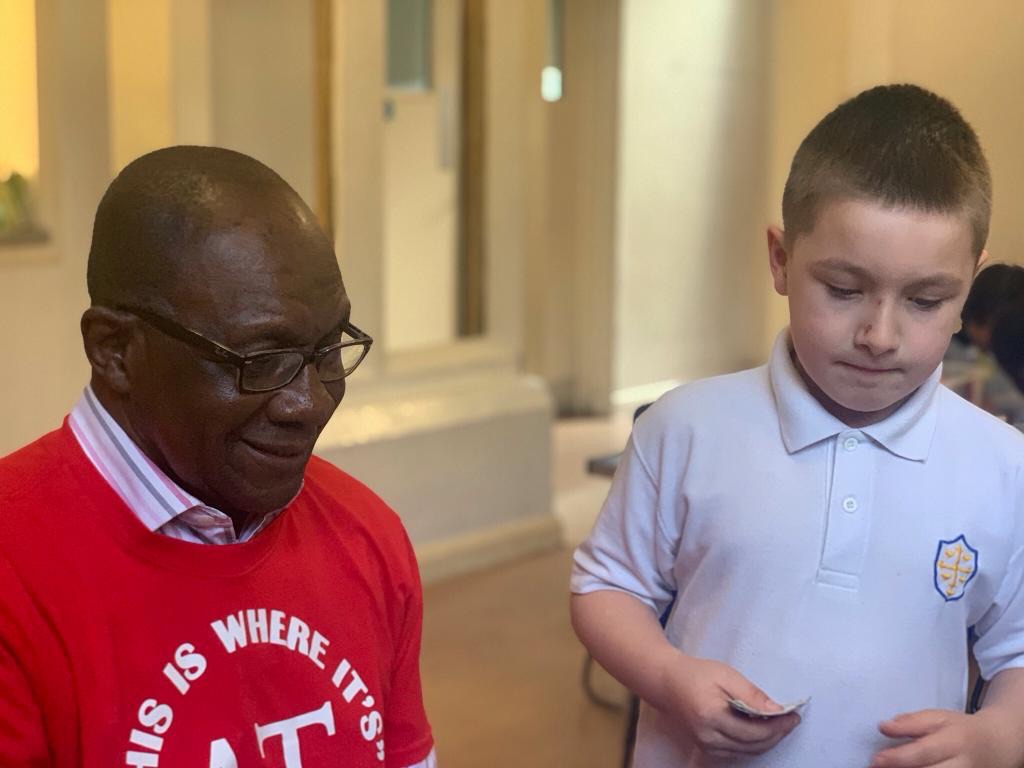 This was another community project, which focused on seniors from all backgrounds providing them with social activities using music, exercise, and sharing of meals in order to break down barriers and reduce social isolation.

Our seniors attended the Club and used their life experiences to interact positively with the young people of the community and break down barriers between the young and older people.

This Community Project "Ageless Teenagers" at the time had been shortlisted for the 2019 peoples project which was featured live on ITV on Monday 1st April between 6pm – 6.30pm.

The children at Little Market were invited by the community project to mingle with the Ageless Teenagers to help raise awareness.

The Sports Leaders of this project attended the setting with a number of their senior citizens to mingle with our children and supervising staff.

On arrival they engaged in activities including cooking, arts and crafts and general “chit-chat”.

Photographs were taken to be used on social media and possibly aired on ITV.

We were also been given an opportunity to work with The Liberty and Time FM on a project called “Liberty Reporters".

The joint project coupled the children of Little MarketAfter School Club with Ageless Teenagers were given the opportunity of interviewing each other and talking about age, what makes people feel old or young, sharing ideas together with great interaction.